Have you got plans to be in Tsitsikamma but have no idea what to do there?
Or maybe you’re looking for a stop off on your Garden Route adventure?
If you’re wondering whether Tsitsikamma is worth stopping off at – I can make that decision for you.
100% YES.
That’s assuming you like outdoor adventure and epic coastline – two areas Tsitsikamma more than delivers in.
We stopped off first at Tsitsikamma National Park and went on to stay for the evening (and play a little more) at Tsitsikamma Village – a short drive away.

Now before I continue, i just want to apologise for the photography in this post. I am absolutely gutted to have lost a lot of my content from this destination from my hard drive which was damaged in my car accident last month – but at least my life wasn’t lost hey.
You are going to have to half tune into your imagination on this one.
After another sound nights sleep and gorgeous breakfast spread at Dune Ridge County Lodge in Cape St. Francis (catch up on the post here), our Mosaic Tourism Guide picked us up at 8am and we headed straight for Tsitsikamma National Park.
The only clue we had as to what we were about to get ourselves into, was written on our itinerary.
First up, kayaking – pretty straight forward. Second up, Liloing? This sounded like way too much fun.
Anyway, I was left in excited suspense until after the first activity…
As you pull into the National Park here in Tsitsikamma, another landscape is ready and waiting to take your breath away, but again, totally different to any other we had seen so far.
On first impressions it reminded me a lot of New Zealand.
We were kitted out by the guys at Untouched Adventures, before partnering up and pushing out into the, slightly disturbed, ocean that had me excited at every wave breaking before us. Calculated excitement though may i add, waves any bigger and i may have cried as the water this time of year is a little chilly.
We paddled across the ocean, underneath the suspended bridge (which looks like a stunning walking trail should water activities not be your thing) and through the Storms River Gorge.

We keenly adventured into some caves which we soon found to be rich with squeaking bats and quickly turned around when our vision was reduced to nothingness. Once we got to a large rock embankment within the gorge, we disembarked our kayaks, secured them to the rocks and jumped onto some pre-inflated lilos.
It really was just as I imagined.
We jumped on the lilos face down, face up, headstands and standing positions galore and waited for someone to reduce themselves to the cold water and soggy clothing (which took about 30 seconds).
It was a right laugh (until it was you in the cold water) and was such a unique way to see the canyon.
The liloing was definitely my favourite part of this trip, i kinda wished it was longer though, actually i definitely wish it was. The whole trip lasted 2-3 hours, from hiring your wetsuits and bootys (you can wear your own attire if you wish) to the briefing and the activity itself.
Price – 450R pp (see more + book here)
After about 1o minutes continuing up through the canyon on the lilos, it was time to turn around and head back…
but not without a quick cliff jump (which is totally optional). After kayaking back to the park centre in my ice cold infused wetsuit, much to our satisfaction, we dried off and tucked into some warm drinks and lunch in the scenic waterfront restaurant.
The restaurant is actually part of a chain with the same menu as Addo Elephant National Park, so I went for the double and got another beetroot, feta, butternut squash and avocado salad.
I also tried the linefish and seafood platters and they were awesome too!
Note: There is also opportunity for diving, snorkelling, walking, hiking, and stand up paddle boarding here at the National Park.
See more on the Untouched Adventures website here The adventure didn’t end there. 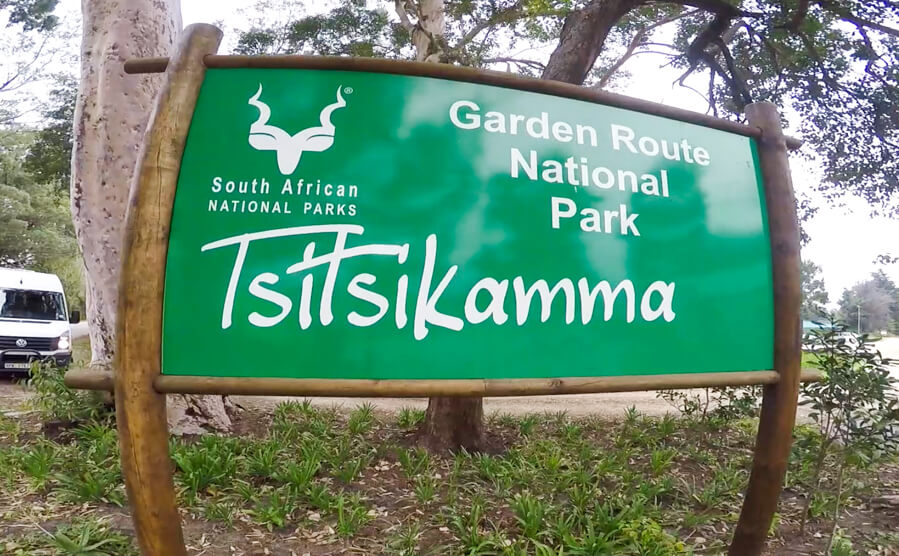 Most of us had a quick nap on the 20 minute drive to Tsitsikamma Village, one that was soon interrupted by helmets and harnesses as we took to the tree tops and transformed into flying monkeys.
I give you the Tsitsikamma Canopy Tour! The canopy tour departed and arrived back at its base in the Tsitsikamma village itself. The village is a little community filled with different activities and accommodation – the place perfect to inhabit for a couple of days.
We stayed at the beautiful Tsitsikamma Village Inn but I also went to check out the Tsitsikamma Backpackers which is where the Segway Tour leaves from – and it’s pretty nice.
I was so pleasantly surprised by the dorm prices here in SA, they honestly rival those in South East Asia. I had never previously thought of SA as a viable backpacking route – but it most certainly is.
Apparently the British market for backpacking in SA isn’t massive, which is probably why I hadn’t heard of anyone do it, but for the rest of the world particularly Americans – it’s a VERY popular choice! For the evening and morning we were located in the village we engaged in a tour and tasting from the Johan (master brewer) at the onsite Micro Brewery, dined on some exquisite Ostrich, Butternut Squash and SA red wine and woke to a Segway Tour through the forest in the morning. Tsitsikamma Village is definitely a great hotspot for backpackers in particular, but also families, couples and however you guys come.

I would definitely recommend heading, too, down to the National Park and taking on a water adventure if not one of the stunning walks on offer.

Tsitsikamma marked the end of my adventure through South Africa, as moments after our Segway Tour finished, we were whisked off back to Port Elizabeth where we connected at JoBurg and flew back home to London.

I honestly had no clue what to expect of South Africa and it exceeded my expectations, honestly, in SO many ways.

Things I never knew about South Africa, that I now do:

Thank you so much to all of the welcoming and talented hosts on this trip for having us and to South Africa Tourism for bring me out here and opening my eyes to another outstanding destination on the map.

I cannot wait to come back and see more.

As for you guys…

Thank you for reading 🙂 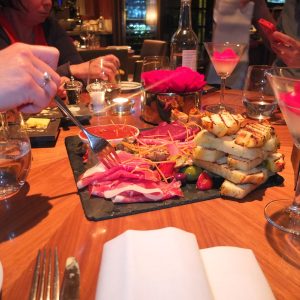 Dinner at The Bloomsbury Hotel, London 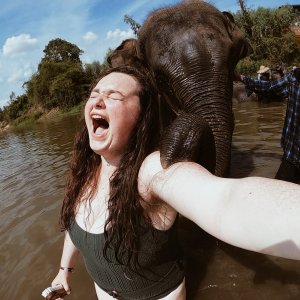 Volunteering in an elephant sanctuary in Surin, Thailand 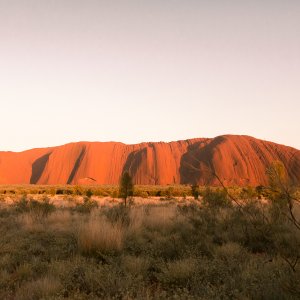 VIDEO: A 5 day backpacker tour in the Australian Outback 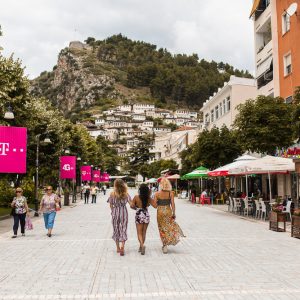 Exploring Albania: Gjirokaster and our last day spent in Berat 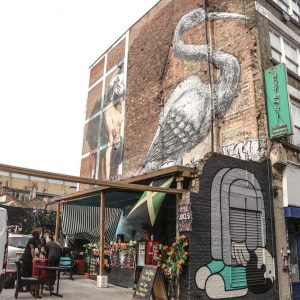 A backpacker’s guide to Shoreditch, London 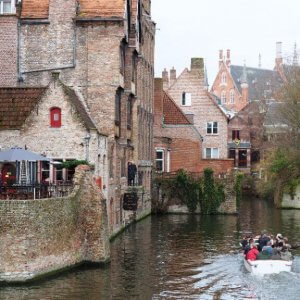 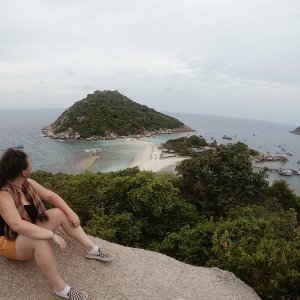 How to budget for a month in Thailand 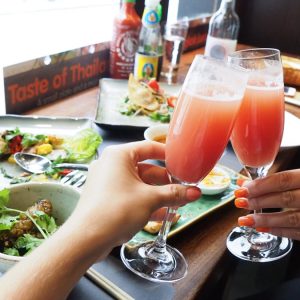